Who Makes Vizio TVs? Is Vizio a Good Brand?

Want a high-quality smart TV that won’t break the bank? There’s a chance that a VIZIO Smart TV might be the best choice for your needs. When compared to other major US TV manufacturers, how does Vizio manage to provide such low prices? Vizio generally offers a television that will fit every budget, from the entry-level D-series to the high-end OLEDs.

For the mass production of televisions that are then exported all over the globe, Vizio depends heavily on AmTran Technologies in Taiwan. Foxconn Electronics, an AmTran subsidiary based in Taiwan, manufactures Vizio televisions 60 inches and bigger.

This article will shed light on Vizio’s company history, which makes Vizio TVs. Is it a good brand to buy? And many other craving questions of our general audience. So now, without wasting time, let’s dive straight into the topic.

When it comes time to mass produce their TV designs for retail sale, Vizio relies on Original Design Manufacturers, often known as ODMs, located in Taiwan and China.

AmTran Technology and HonHai Precision Industries, also known as Foxconn, are the two primary firms with whom they have entered into contractual relationships.

Both companies have their headquarters in China, but the TVs they sell are primarily manufactured in Mexico and many other Asian nations with production operations.

Because these firms will manage the whole production process, it enables Vizio to concentrate more of its efforts on research and development for their televisions and software.

As a direct consequence, the expenses have been cut, which enables these televisions to maintain a competitive price point despite their impressive feature sets.

These firms are as trustworthy as they come and enable television manufacturers to add features without worrying about how to put everything all together.

Where are Vizio TVs made?

California is home to Vizio’s design team, although the company’s televisions are manufactured in Taiwan, Thailand, Vietnam, Mexico, and Mexico.

This is since Vizio contracts other businesses, including BOE, Foxconn, Innolux, KIE, Tonly, TPV, and Zylux, to produce their products.

These companies get the required materials and construct Vizio Smart TVs on-site.

Even though Vizio is a recognized American brand and a publicly listed corporation, its products are produced in a facility in China.

The United States is primarily responsible for Vizio televisions’ marketing, design, and sales. 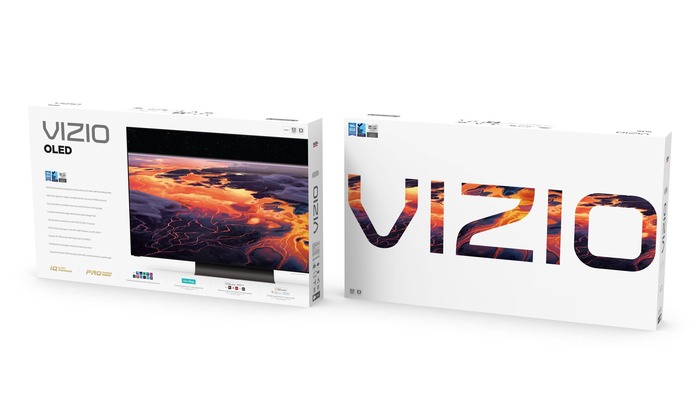 It’s no exaggeration to claim that Vizio is an excellent brand since the company’s primary goal is to produce cheap TVs of such great quality that they can compete with more expensive rivals.

More than 80 million Vizio-branded televisions have been sold to customers, many of whom are repeat brand purchasers, because of the company’s widespread availability at many of the largest retail outlets in the United States.

Often, their quality is compared to that of Sony or Samsung TVs, leading some to conclude that the same company manufactures them both. With a focus on customer satisfaction, Vizio works hard to provide superior televisions.

Major Pros of Vizio TVs You Get

Depending on your specific requirements, you might reap various advantages from purchasing a Vizio TV. When compared to other smart TV companies, Vizio excels in the following ways:

The vast majority of Vizio smart TVs will have reasonable prices in relation to other brands offering similar features. A Vizio TV might be hundreds of dollars less than an equivalent TV from another brand, depending on the features you’re looking for.

Image quality is a crucial consideration when viewing some of your favorite films or television series. When viewing these programs in a dimly lit area, the Vizio smart TV is an excellent choice.

It is possible to see well in low-light conditions with any of the mid to high-priced models thanks to their dimmable backlights. Vizio TVs can produce the deep black hues necessary for good visibility.

Minimal Delay Between Input and Output

Vizio does an excellent job at reducing the amount of noticeable input lag. This ensures that the TV images are always current and progress in your chosen direction.

Those who use their TV for playing video games will appreciate the TV’s reduced input latency.

Compared to other products, Vizio TVs provide a worse user experience. There are a few firmware bugs, and the design and aesthetics aren’t quite as polished as other alternate choices.

Because of this, the buyer may suspect that the TV’s manufacturer skimped on quality control. The appropriate upgrades have resolved some of the problems that were present in the original software and firmware.

The upscaling quality is worse than on some competing TVs. Substandard (SD) channels and DVDs will not seem as crisp on the TV as higher quality material.

You may get a better HDR experience from other TVs that you might pick from. The lower-end models of this brand’s TVs cannot provide enough light to make the highlights visible.

When compared to more well-known manufacturers like Sony or Samsung, Vizio TVs have the finest price-to-performance tradeoff, making them the ideal option for anyone shopping in the budget and mid-range segments.

Vizio’s 4K TVs are equipped with SmartCast, a feature-rich smart operating system that is compatible with the vast majority (if not all) of the most popular smart TV applications; for those that aren’t, you can always mirror your phone or computer to the TV.

However, suppose you’re looking to spend a little more money. In that case, a Sony or Samsung model is your best pick because of its superior OLED performance, HDR10+, Dolby Vision compatibility, and other cutting-edge features.

Vizio’s TVs are competitive with the industry leaders because they provide a wide variety of features at a variety of pricing points.

If you’re considering purchasing a new television, here are a few Vizio models.

The Vizio OLED 4K HDR Smart TV is the company’s greatest OLED TV ever, with blacks so deep they’re almost invisible and colors so true they can put even the most expensive QLED screens to shame. 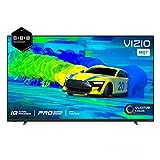 The 55-inch model, in particular, is the greatest option if you’re searching for an OLED TV under $1000 because of its outstanding reaction speed and little input latency while gaming.

It also has HDMI 2.1 capability so that the newest game consoles can make use of the 4K 120Hz display.

With a 4K resolution and 120-hertz refresh rate, Vizio’S P-series is the greatest of the company’s LED-backlit TVs. 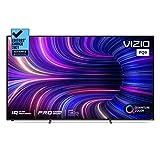 HDR10+ and Dolby Vision are just two features that make this TV a cut above the others in its price range.

Thanks to the 1200 nits of peak brightness and local dimming, even bright rooms are a breeze to navigate.

So far, our testing has shown the Vizio M7 Series Quantum 2021 to be the greatest low-cost Vizio TV available. This 2021 model is in the middle of its product line, yet it costs less than its entry-level offerings and has additional bells and whistles.

It shows a broad color gamut and is compatible with Dolby Vision and HDR10+ for streaming HDR video, but its peak brightness isn’t high enough in HDR to properly bring out highlights.

Unlike other popular brands of televisions, Vizio is not manufactured by a larger company. Vizio has continuously operated independently from any other corporation. Vizio is not associated with Sony, Samsung, or LG.

Compared to Sony TVs of the same price range, those manufactured by Vizio are the superior choice in the budget and mid-range categories.

If you’re in the market for high-end television, we think Sony is the way to go because of its superior software and cutting-edge picture and audio processing.

Q. Are Vizio TVs produced in the USA?

Not everyone, but some of them. Vietnam, China, Taiwan, Thailand, and Mexico are just a few of the locations where Vizio products are manufactured. American designers work on Vizio TVs, but the continent of Asia is where they are built and where they get most of their parts.

Vizio is a company that has made a name for itself as one of the key options you could consider while shopping for an affordable but high-quality smart TV.

When shopping for a TV in this price range, your options are limited to either TCL or Vizio, and each manufacturer offers advantages and disadvantages.

The only thing that remains unchanged between the two brands is that you will receive a high-quality product that will do you well for many years.

Karen here, a caring housewife, with more than 6 years of experience in the interior design industry. I have a lot to share with all homeowners to improve and decorate their dream homes. Hopefully, working daily on new content with creative ideas to inspire our readers for Home decoration.

Why is My Wii Black And White? -10 Things to Check

How Much Does a Gallon of Paint Weigh? All Variations

Why is My Wii Black And White? -10 Things to Check